Me visiting this country after several months, more than a month after the disappearance and likely murder of 43 students by drug gangs in cahoots with local authorities in the state of Guerrero, feels like arriving in a different country.

Only a few months ago, President Enrique Peña Nieto was receiving an award for “statesman of the year” in New York, and his government’s bold energy and education reforms were being heralded by world media as the start of a “Mexican Moment” that would put this country on a fast track to the First World.

But now, while Mexico’s economy continues to do much better than that of Venezuela, Argentina or Brazil, Mexicans have suddenly become enraged over the country’s endemic violence, and over a series of new scandals that are widely seen as signs of massive political corruption.

Whoever you talk to, poor and rich, agree that the Sept. 26-27 killings in the town of Iguala — alongside new scandals involving possible government corruption in a murky $3.7billion high-speed train construction bid awarded to a Chinese consortium, and the purchase of a $7million mansion by first lady Angelica Rivero — have led to Peña Nieto’s worst political crisis since he took office two years ago. 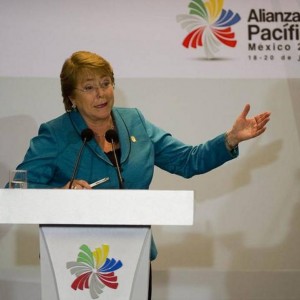 ALFREDO ESTRELLA/AFP/GETTY IMAGES WASHINGTON - Chile has just taken a bold step to promote innovation that should be copied...