If you ask me what was the most interesting thing that Secretary of State John Kerry told me in an interview last week, it wasn’t any of his statements about human rights in Cuba that made headlines, but his open admission that the United States and Cuba are talking about ways to solve the Venezuelan crisis.

During the interview, which took place in Washington shortly before his Aug. 14 trip to Havana, Kerry told me that the United States wants Venezuela to comply with Organization of American States inter-American human rights requirements, and that Venezuela’s upcoming Dec. 6 legislative elections take place with credible international observers.

When I asked Kerry whether the United States has discussed Venezuela’s political and economic crisis with Cuba during the two countries’ eight-month-old talks to normalize bilateral ties, Kerry nodded.

“Yes, ” he responded. “We talked very specifically about America’s desire to have a relationship with the Venezuelan people that raises the ability of the people of Venezuela to be able to be protected, respected, represented and actually see their lives improve.” 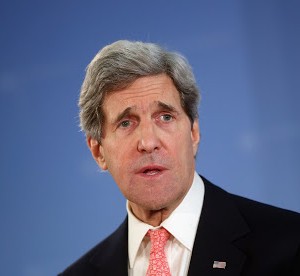